The horror stories associated with Oxbridge convinced me that, when I attended interview for Spanish and Arabic at Cambridge, I would be thrown a piece of fruit or asked to describe a saucer. No matter what I put on my personal statement, nothing would prepare me for the inevitable curveball that lay in store.

When I emerged from the interviews, I was relieved to have been spared such excesses. Instead, my depth of interest and awareness of language itself had been probed and scrutinised from many (and at times unusual) angles. Like most interviewees, I second-guessed every answer I had given and battled inevitable feelings of inadequacy, but my more specific regret was not having spent more time sharpening my subject-specific knowledge, and having instead focused on fearing what I would not know.

I’d spent the summer, like many I am sure, putting off my personal statement, daunted by the task of summarising my burning passion for Spanish in 500 words. With hindsight, instead of being intimidated by the enormity of the task, I should have focused on why I was embarking on it in the first place.

I spent the months leading up to my interview exploring a range of Spanish and Latin American literature and cinema, visiting exhibitions and reflecting on my time abroad. I included thoughts on these in my statement. Yet perhaps that statement lacked a depth of insight into the broader cultural significance of what it was that interested me. I should have used the time to delve into what enthralled me about languages, linking this to broader themes.

The links between language and culture are explored at Oxbridge level. It is unlikely that you will be asked an entirely linear question: it is no good writing on your personal statement that you have been fascinated by the poetry of Lorca, for example, if you are unprepared to offer any valuable insight or opinion on the historical context or the significance of the ballad form in his poems

The statement is likely to be used simply as a springboard for conversation. Interviewers want to see how you think about language itself, respond to questions about issues you may not previously have considered, assess whether you will be suited to the intense Oxbridge environment and probe how truly engaged you are. Ultimately, no matter how much interview practice you do, no one can teach you to be excited by your subject, so use the time prior to interview to explore what it is about studying Spanish that so engages you. 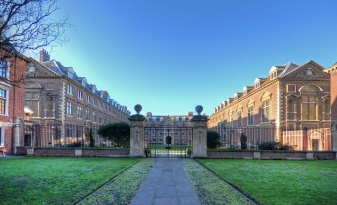 Researching your prospective course online will boost your chance of talking confidently at interview. Had I checked out the reading list for the first year, I might have found an area that really fascinated me that I could have drawn upon in my interview. Interviewers are likely to be those who will be teaching you once you arrive, so showing interest in aspects of a course they helped to design will demonstrate that you have a genuine interest in the course itself, and not just going to Oxbridge.

Balancing work on Pre-U/A-Levels and preparing for Oxbridge is tough. However, spending time gaining a deeper understanding of your subject should be rewarding and confirm to you your choice of degree course. Curiosity about and love for languages is not something that can be taught or gleaned from a textbook. However, fully understanding your love for Spanish will give you the best chance to tackle whatever comes up on the day.