I have been teaching Pre-U Spanish since it started in 2009. For the first few years I taught the topics in the Lower Sixth and language in the Upper Sixth, while my colleague introduced our pupils to the Veinte poemas text. He would play them recordings of Neruda reading the poems in his inimitable way, and by the end of the year it was not uncommon to hear pupils loudly reciting “Cuerpo de mujer” in the corridors.

The first Pre-U text I taught was Crónica de una muerte anunciada by Gabriel García Márquez (pictured above with Neruda).  It is a clever, rich text, full of twists and turns and marked by a postmodern approach to truth. It is also a whodunnit at one remove: we all know who killed Santiago – his impending death is widely publicised – but who on earth deflowered Ángela? I preferred it to El coronel no tiene quien le escriba, which I studied with pupils a few years later. Although the latter is a delightful character study to be enjoyed on a lazy afternoon, swinging in a hammock, I found it to be less meaty and rewarding. I probably also spent too long on it.

Having dedicated quite a few years of my life to studying Golden Age literature, one year I thought I might try my hand at teaching Fuenteovejuna, which would offer ample opportunity to teach pupils about early modern Spain – honor versus honra and all that. The class sort of enjoyed the play, although some, who also studied French, kept on comparing it negatively to Racine’s Andromaque. And if I’m perfectly honest, I did not disagree.

Despite the exam results being among the best we have ever had, the following year I

switched to Borges. If they want something to sink their teeth into, they’ll get it, I thought. It worked out well. The group really took to La casa de Asterión and Emma Zunz in particular. The following year, I taught a class that was dominated by a few futbolistas, who would not want to be seen dead clutching a copy of Ficciones, but there were also some quieter girls who wrote magnificently on the stories.

After a few fallow years, I returned to Borges this year. It seemed an obvious choice seeing as nearly everyone in my class was applying to read English, Spanish or Philosophy at university. I enjoyed my renewed acquaintance and gained new insights too. But in spite of my proselytising enthusiasm, not everyone in my class was converted to Borges’s particular genius. One pupil – a native speaker – never quite understood why, at the end of El jardín de los senderos que se bifurcan, Yu Tsun kills Stephen Albert. She could not see the narrative forest for the trees. This can be a problem.

Unlike the English Pre-U, Spanish appeals to pupils for a variety of reasons, Hispanic literature hardly ever being their prime motivation. At my school the subject is often chosen as part of what is jokingly referred to as the holy trinity of Spanish, Economics and football. The trick is to select a text that most pupils will be able to cope with and enjoy.

Fortunately, the syllabus offers a good selection. The texts range from Golden Age classics to poetry to shorter novellas, such as Martín Gaite’s Las ataduras, to lengthier novels, like Vargas Llosa’s La tía Julia y el escribidor. Since pupils have to read in Spanish and literature only forms 12.5% of the overall grade, some of the best Hispanic texts will, alas, never be on the syllabus – I am thinking about Don Quijote, Cien años de soledad, La muerte de Artemio Cruz, La fiesta del chivo and so on. But there are plenty of accessible and interesting texts out there that I would be happy to see on the syllabus, like Restrepo’s Dulce compañía, Vásquez’s Ruido de las cosas al caer and Lemebel’s Tengo miedo torero.

Over the years the exam questions have been good. Sometimes they were similar to essay titles I had set. At other times there were questions the pupils had not necessarily anticipated but were equipped to tackle. I often think they do better with the second type of question as it forces them to approach the material from a new perspective instead of trying to remember snippets from their own essays. Problematic are the cases in which pupils misinterpret the question. A few years ago I had a pupil who understood the term géneros in an Almodóvar question to refer to “gender” and not “genre”. She was a native speaker and forgot to look at the asterisk that explained which meaning was intended. This year the term “stylistic features” was not well understood by some, judging from what they told me they had written. I had to put an end to these post-mortem discussions because I could not stop wincing.

I like the fact that pupils are asked to write in English. They are already tested on their ability to write in Spanish twice elsewhere. By requiring them to write in English, you can demand the utmost in intellectual and interpretative terms. This trips up some of the native speakers, who sometimes struggle to write cogently about a literary text. Conversely, some pupils who may not be very good at producing accurate and sophisticated Spanish, excel at analysing literature. Writing a convincing essay in your own language is not as easy as it sounds. What makes it worse is that some pupils have a notion that writing straightforwardly and with clarity is somehow unsophisticated and beneath them. 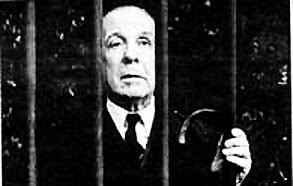 In short, my experience with Paper 4 literature has been positive. The results have been encouraging and most of the pupils have enjoyed the texts. Besides, for every pupil who does not like a text, there is another who does. This year, to counterbalance the native speaker who did not understand Borges, I had another who wrote on his thank-you card: “Gracias parce (he is Colombian) for bringing Borges into our lives; maybe on another path of the garden, I could have been teaching you”, a reference, of course, to Borges’ El jardín de los senderos que se bifurcan.

That is of course why we do what we do and why it is worth taking a risk in choosing a text you really like and that might challenge your pupils. And the Pre-U Paper 4 syllabus offers enough choice to make that possible.