It is often difficult to separate fact from fiction in Gabriel García Márquez’s novels and Del amor y otros demonios (1994) is no exception.

However, the prologue offers a clue about how the novel will develop. In it, García Márquez recalls that on 26 October 1949, as he was working as a journalist in Cartagena de Indias, his editor, Clemente Manuel Zabala, sent him out to cover an exciting local story – the crypts at the Convent of Santa Clara were being exhumed in readiness for its conversion into a luxury hotel. On arrival, he was amazed to find piles of bones on the forecourt with just a piece of paper with a name scrawled on top of each skeleton, and even more amazed to see the skeleton of one Sierva María de Todos los Ángeles, with hair that was 22 metres and 11 cm long, still affixed to her skull.  As García Márquez recalled: ‘mi abuela me contaba de niño la leyenda de una marquesita de doce años cuya caballera le arrastraba como una cola de novia, que había muerto del mal de rabia por el mordisco de un perro, y era venerada en los pueblos del Caribe por sus muchos milagros. La idea de que esa tumba pudiera ser la suya fue mi noticia de aquel día, y el origen de este libro’ (Del amor, p. 13).

A nice introduction to the novel, one would think. Except that hardly any of it was true.

If we check the articles Gabo wrote for El Universal at that time, we find that he wrote on the day before and the day after the date mentioned in the prologue (26 October 1949), but not on that actual date. The two articles Gabo did write – ‘Un infanticidio en el Barrio de la Esperanza’ (25 October 1949) about a dog called Calavera which had unearthed the dead body of a baby, and a piece about ‘La Virgen de Fátima’ (27 October 1949) – overlap thematically with the novel (infanticide, death, and religion). But the main reason why Clemente Manuel Zapata could not have sent Gabo to downtown Cartagena in search of a story about Sierva María de Todos los Ángeles is because the demolition and refurbishment of the Convent of Santa Clara happened, not in 1949, but in 1994 (Camacho Delgado, p. 59; Tedio, pp. 211-14). 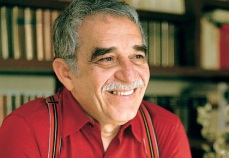 García Márquez is thus upturning the literary protocol according to which the prologue to a novel is normally true even if the novel is not. Camacho Delgado suggests we should therefore call the prologue a ‘chapter zero’, but I would prefer to call it an ‘anti-prologue’ given its audacious mendacity. The government official overseeing the exhumation tells Gabo about Sierva María’s 20-metre long hair without a hint of surprise (‘El maestro de obra me explicó sin asombro que el cabello humano crecía un centímetro por mes hasta después de la muerte’; Del amor, p. 13), indicating that this novel will be written according to the famous formula whereby fantastic events are depicted in a dead-pan manner, namely, magical realism (see Leonard) or, as we might call it in this case, faction, that is, the seamless fusion of fact and fiction.

So, if the prologue is not as ‘true’ as it first seems, what implications does this have for the rest of the novel? When analysing García Márquez’s work, we now – since 2014 – have access to a vast amount of new information about how it came into being. In that year the Harry Ransom Center bought for a reported $2,000,000, the around 270,000 papers of Gabriel García Márquez’s personal archive which – collected in 79 document boxes, 15 oversize boxes, 3 oversize folders and 67 computer disks – provides a literally inexhaustible archive on his life and work. Manuscript Collection MS-5353 consists of manuscript drafts of published and unpublished works, research material, photograph albums, scrapbooks, correspondence, clippings, notebooks, screenplays, printed material, ephemera, electronic files, thousands of photos, even Gabo’s school reports and his passports. It just so happens that the archive has a number of early drafts of Del amor y otros demonios, and these allow us to piece together what sources García Márquez used in order to write his novel.

The first aspect of Gabo’s compositional strategy made clear by this archive is that he worked extremely hard on producing a ‘perfect’ text; thus there were nine original typescript versions and eleven proof versions of Del amor y otros demonios, and a number of these can be consulted in the on-line archive made available by the Harry Ranson Center. The most important for our purposes is the first typescript version of the novel, dated June 1993 and consisting of 187 pages, since it shows us clearly how Gabo put the novel together.

Gabo began by introducing us to his main character, Sierva María, drawing her as she walks with the household slaves to market to buy goods for the celebration of her twelfth birthday party, and he mentions her uncut hair (typescript, pp. 9-10). The first and most obvious source for this primary portrayal of Sierva María was the legend mentioned above that Gabo heard from his grandmother, Tranquilina Iguarán, and/or his editor, Clemente Manual Zabala, about an Afro-Colombian ‘saint’ whose bones performed miracles and whose hair continued to grow after her death.

By chapter 2, however, Gabo began to embellish the character of Sierva María to order to create a composite based on the addition of some biographical details lifted from the life of a real historical individual, often known as the First Witch of the New World, Lorenza de Acereto. Gabo uses a number of details from Lorenza de Acereto’s life in order to explore a number of features and themes that he needed in order to delineate with more vigour the colonial tapestry of his novel – these included the struggle between the Spanish master and the African slave (Deaver, Penuel and Cussen), the conflict between Catholicism and hybridic African cults such as voodoo, ‘santería’ and ‘mandinga’ (López de Abiada, and Fajardo Valenzuela), witchcraft and unbridled sexuality (Ortega, and Millington, pp. 121-24).

An orphan living in early seventeenth-century Cartagena, Lorenza had been adopted by a local priest, Luis Gómez, who left her in the care of the black servants in his household. This led to her gaining a deep knowledge of African religious beliefs, rites and practices. At the age of fourteen she was married off to a lascivious and violent man, Andrés del Campo. Though her marriage was not happy, Lorenza was well received by Cartagena’s elite, particularly the ladies, as a result of her expertise in magic, spells and love potions. Lorenza’s activities eventually came to the notice of the Inquisition and, on 15 January 1613, she was charged with having committed various crimes including  witchcraft, divination, conspiracy, adultery, attempted murder, and idolatry. After the trial she was imprisoned by the Inquisition, where she was tortured over a period of two months; though a verdict of burning at the stake seemed likely, it was commuted to a two-year exile and the payment of a fine of 4,000 ducats. Lorenza subsequently disappeared without trace, and thus the legend – including García Márquez’s 1994 version – was born (see Mercedes Peces Ayuso, ‘Lorenza de Acereto’). Some of these details appear in the first version of the novel from the middle of Chapter 2 onwards (typescript, p. 54).

This first version picks up pace from the beginning of chapter 3, when Sierva Maria is sent to the convent (typescript, p. 86; see Kerr). The tension mounts as she is accused of being possessed by the Devil. Cayetano Delaura – the 36-year-old priest who will fall helplessly in love with Sierva María now becomes, as it were, a Colombian version of Humbert Humbert in Nabokov’s Lolita (1955) – is introduced into the action towards the end of chapter 3 (typescript, p. 106), thereby setting the scene for the third component of the composite, that is, the love affair between the famous seventeenth-century Spanish poet, Garcilaso de la Vega, and his lover, Elisa, which may have been a code-name for the beautiful Portuguese court lady, Beatriz de Sá, for whom Garcilaso is rumoured to have experienced an intense (and impossible) passion (see Clavo and González).

The poems Garcilaso wrote for Elisa are mouthed and re-experienced by Sierva María and Cayetano Delaura. The first verses mentioned (‘Oh dulces prendas por mí mal halladas’) appear in Chapter 5 (typescript, p. 169) and thereby constitute the third level of the composite employed by Garcia Marquez to create his fictional characters. As Bell-Villada points out, Gabo made a number of discreet changes to Garcilaso’s original poems (Bell-Villada, pp. 248-49), in order to personalise them and make them more directly relevant to the lovers. This level is important for the development of the plot not only in terms of providing a convenient literary vehicle for the theme of love to take shape, but also because it is highly likely that the love Garcilaso expresses for his beloved Elisa is secretive and impossible – and Delaura’s love for Sierva María is nothing if not clandestine and prohibited.

In order to allow all three levels of the composite to come together seamlessly – that is, the legend of Sierva Maria, the life of Lorenza de Acereto and the love affair in Garcilaso de la Vega’s courtly love poetry – García Márquez introduced some compositional glue from a previous novel – El amor en los tiempos del cólera (1985) – that is, the metaphoric connection between disease and love. There is a difference, though: whereas the characters of El amor en los tiempos del cólera are subjected to the ravages of cholera, which is described on numerous occasions as having the same symptoms as love (light-headedness, disorientation, vomiting, death), in Del amor y otros demonios it is rabies that brings on the disorder of love (Hart, García Márquez, pp. 153-55; Vázquez-Medina). As we read in the last chapter of the first version of the novel, ‘El amor no sabe de votos perpetuos (…) Es una maldición del cielo’ (typescript, p. 185).

Though it didn’t make the final cut of the novel, this axiomatic statement in some ways epitomises the closing message of Del amor y otros demonios.